Casting is a manufacturing process where a material, in liquid form, is poured or injected into a mould. There are various types of casting processes but the most common ones are sand casting, investment casting (lost wax) and pressure die-casting.

Sand casting is a relatively simple process, and smaller parts can be manufactured without the need for a foundry. A mould is produced, by compacting a layer of fine sand that is sat in a container, using a pattern. An impression of the part to be made - the pattern - is then pushed into the sand and then removed carefully to keep the integrity of the sand intact. This leaves behind a negative impression or cavity. A material in a liquid state, typically aluminium or bronze, is then poured into the mould to fill the cavity. Once cooled, the mould is opened and the solidified item removed for cleaning. Generally speaking, sand casting is a quick and dirty process because it doesn't rely on any significant investment other the production of the pattern, which is often made of wood. To ensure the pattern can be removed easily without disfiguring the mould, and the mould can split open, draft angles need to be added in-line-of-draw as they would on other type of moulding.

Sand castings produce quite a rough surface finish due to the sand and typically require a lot of hand finishing where there may be material missing, or the surface is very rough. It is however more economical than machining the part in most circumstances, but machining would produce very accurate parts with a superior definition in comparison. Sand castings are suited for larger parts that are not dimensionally critical and that are difficult to machine because of their size. It is a relatively wasteless process and a significant percentage of the sand can be reused for subsequent casting. 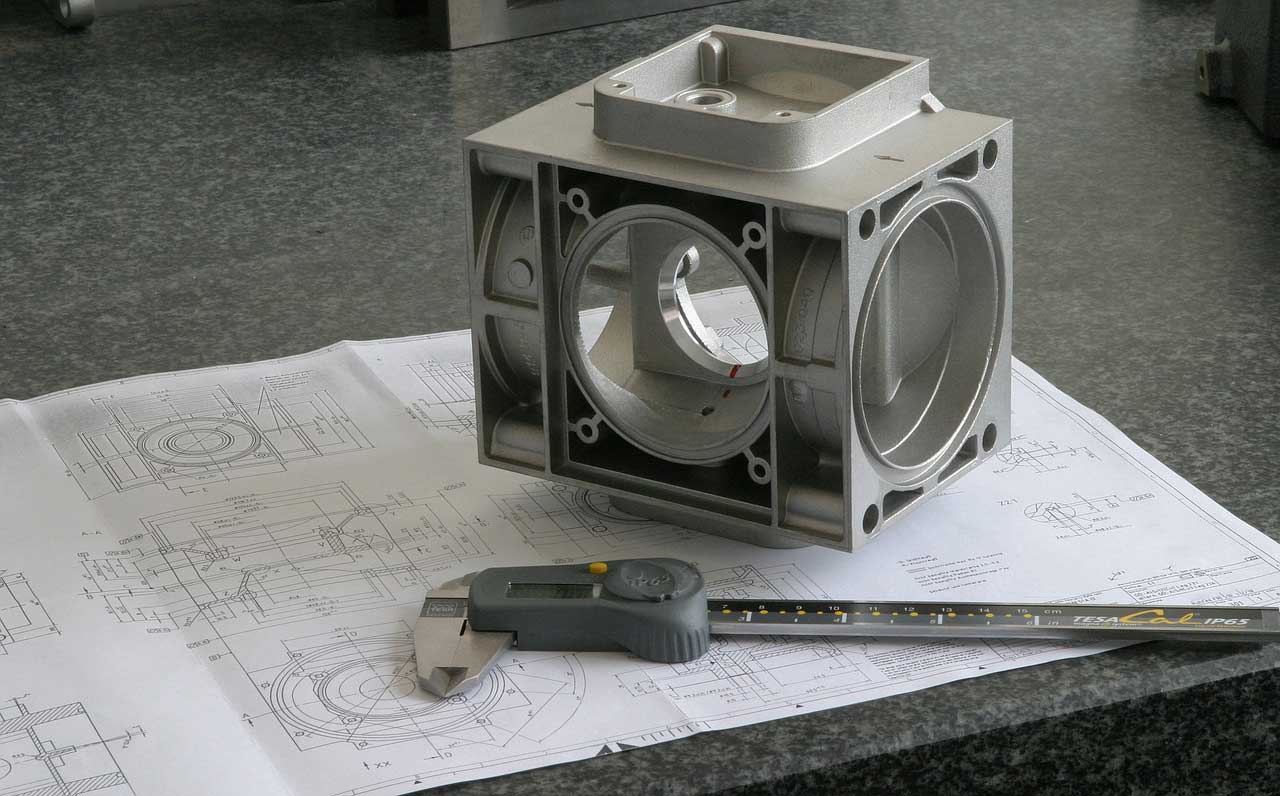 Investment casting is similar to sand casting in a way but rather than use a removable pattern, a disposable one is created. The pattern, usually made of wax or some other material that disperses easily, is formed from a master pattern that can be used again and again. Similar to sand casting, the wax pattern is used to create an impression of the part in fine sand, but is left in the sand ensuring the sand around it is supported better, producing parts with enhanced surface definition and accuracy. When the liquid material is poured into the mould, the wax pattern melts away as the liquid material fills the cavity. The result is a part much cleaner and better defined than sand-casting. However, investment casting introduces additional processes that increase production costs.

Pressure die-casting is similar to plastic injection moulding. The liquid material, usually an aluminium alloy, is injected into a steel tool at high pressure. The tool has an impression of the part to be made, and as the material flows into the tool, it fills the cavity. Parts produced like this can have a very good surface finish, surface textures added, and they can be cast with threaded inserts or other features to eliminate any post-casting processing other than a final cosmetic or protective coating. Die-casting is a relatively expensive process though because it requires a significant investment for the production of the hard tool. However, it is suited for high volume runs as parts can be made very quickly. Often, die-cast tools are automated like injection mould tools. 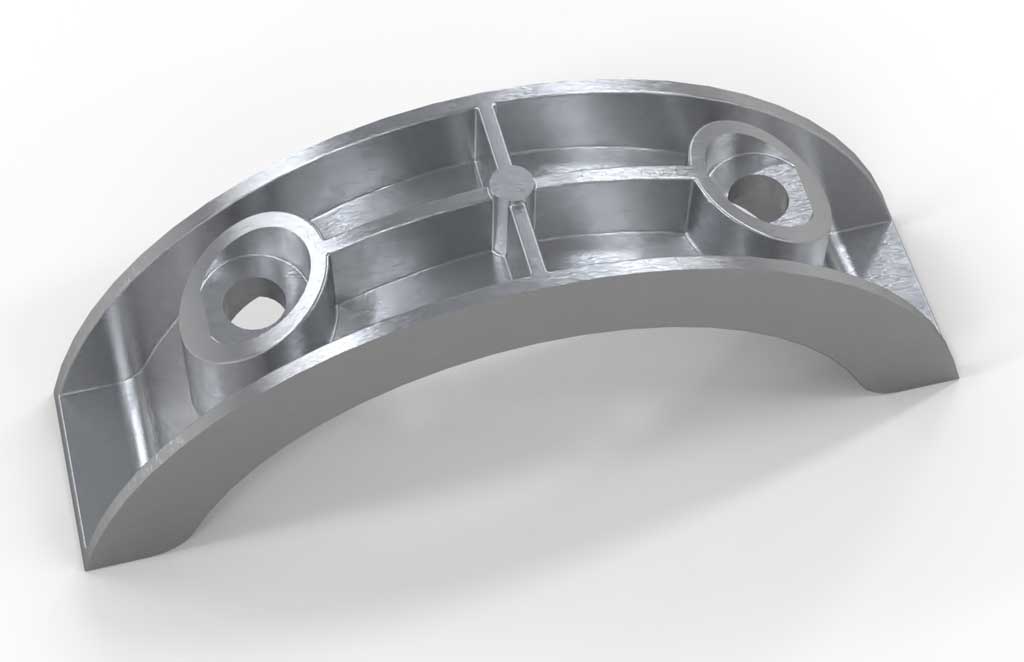 A small pressure die-casting of a clamp

There are other casting processes, but these aren't as common and are usually selected for specific reasons.

A sand-casting or investment-casting may require features like threads or circular pockets. These can be machined into the part after it is cast. However, to ensure the features are positioned accurately, reference points need to be created to enable the machinist to work from an origin. The material around machined features needs to be substantial enough to take into account any deviations during casting, to ensure enough material remains after machining. Often, parts manufactured through pressure die-casting require very little of no machining at all.

One of the biggest considerations with castings is the finish of the final product. Unless the item is pressure or gravity die-cast, it will require significant surface finishing if it is to be a cosmetic item. Finishing is typically achieved by bead blasting the top layer of the casting to smooth it down. This can reduce the size of the part and increase tolerances. Parts may also have small pockets where the material is missing, and these can be filled if the missing material is small. A surface finish, usually sprayed or powder coated, is applied over the bead-blasted part to produce the final surface.

If you have a casting that requires designing, we have designed several components using all common casting processes and we can produce all the required data for your finished part, and liaise with suppliers and toolmakers. Please get in touch with us.